This episode is brought to you by the letter “Fail” 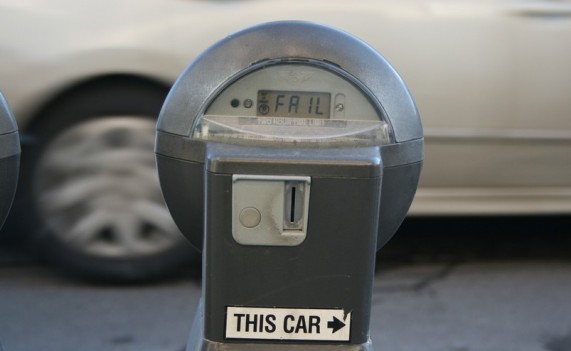 A funny thing happened on the way to the recording of the 10/21/2014 webcast – it broke. Badly. Click on through for the not-so-show notes and an explanation of what you heard.

If you were listening to the live show on 10/21 then you immediately heard a difference in audio quality, and not for the better. Actually, check that…what you IMMEDIATELY heard was a lack of audio, because the clips and cuts weren’t being piped into the stream. THEN came the craptastic vocals from yours truly. And, finally, if you made it to the “interview”, then you didn’t get to hear the wonderful Corey Young, because even after the initial “glitch” with the hotline output, that wasn’t being piped through to the stream, either.

Basically the whole damn show was full of fail, and the damnable thing of it all is that most of the issues were entirely preventable (and you can bet your ass that I’ll be preventing them from happening in the future). Even if I had done a better job at error prevention, though, the driver issue may still have bit me in the end. This brought me to a point of decision – do I publish the show, fail and all? After all, that’s why I do live shows, right? The “beauty” of the moment? Except there was nothing beautiful or redeeming about these 70 minutes of awful audio (or lack thereof). So no, no show will be linked or published. It’s honestly not worth hearing, or hearing again for those of you that stuck it out live.

I feel terrible about this slip-up, folks – both for you, and for Corey. The interview was really, really good, and the only two people in the world that know it are Corey and I. Corey has already graciously agreed to come back on the show (for the first time?) again, and for that I am equally grateful and excited. Ultimately there’s nothing I can do about the past. In stone it is written. It’s only the future that I can look to, and I promise, better shows are ahead.

For those that were listening, here’s the links and sources I referenced in the show. No times are listed because…well…yeah.

Magic: The Gathering Strategy Board Game info from Spiel